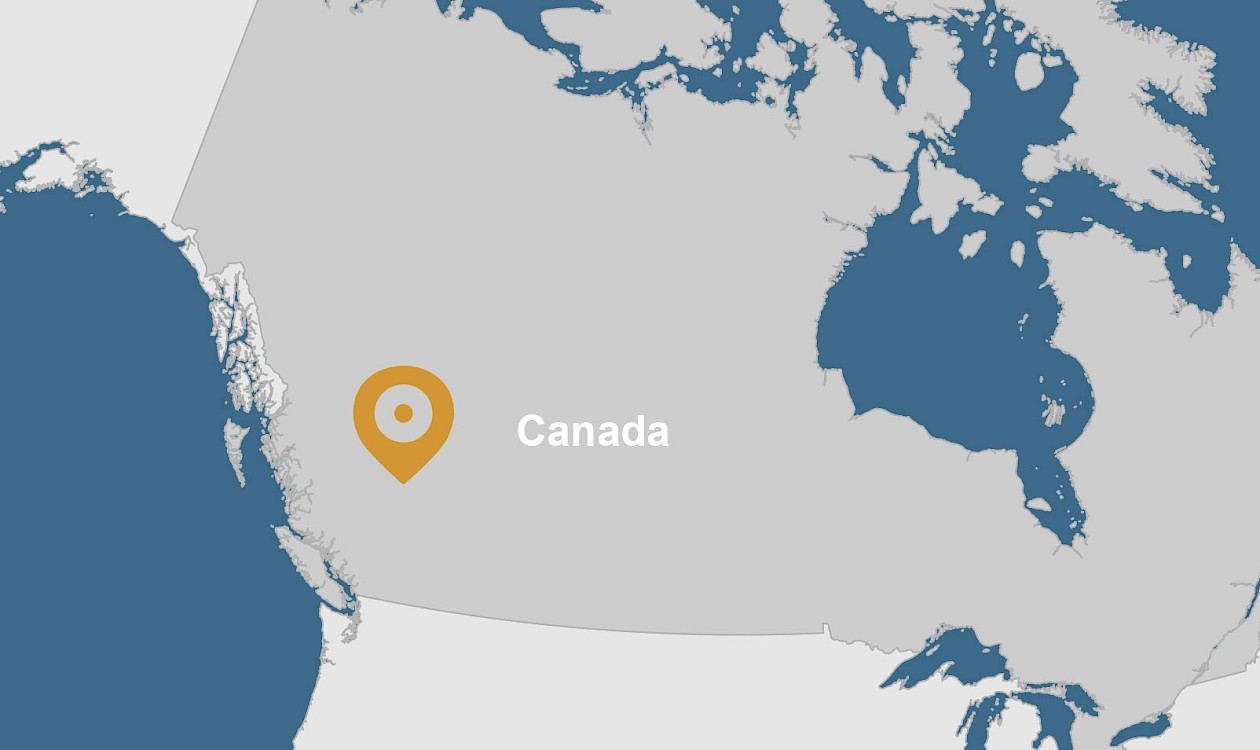 The 17 square kilometre Hank property is located in the Golden Triangle in northwest British Columbia within the traditional territory of the Tahltan Nation (Figure 2) and is surrounded by Orogen’s Ball Creek property. The project contains both high-grade epithermal targets and a recently identified alkalic copper-gold porphyry target.  Hank is currently held by Golden Ridge Resources.

Recent work by Golden Ridge has focussed on the LAZ and identified broad intersections of lower grade gold surrounding higher grade intercepts over a one kilometre strike length and included drill hole HNK-17-009 that grades 6.26 g/t gold and 52.1 g/t silver over 21.62 metres.

Orogen acquired a 3% NSR royalty on the Hank Royalty from Nevada Gold Mines LLC <hyperlinked news reference> in connection with the Maggie Creek option agreement. Pursuant to the Hank royalty agreement with Golden Ridge, 1% may be purchased by Golden Ridge at any time for US$3.0 million.  In addition, Golden Ridge has agreed to make a milestone payment of US$2.5 million at the earliest of (1) the preparation of a NI 43-101 feasibility study, (2) a development decision or the commitment of construction on any part of the Hank project, or (3) the first day on which ore has been sold or shipped from the Hank project for the purpose of earning revenue.